Prior to becoming Punto Italian Kitchen our Heaton Road venue has a long history of being known as place to eat. Even before our parents, Maria and Remo Rea opened ‘Out of Town’ in 1981, half of the current footprint was Gracco’s Ice Cream Parlour from the early 50s. A young Maria even worked on the counter at Graccos for a period before starting a career as a baker and cereal researcher for Hovis, J Rank –  Macdougal & local bakery Carrick’s.

Gracco’s closed towards the end of 1980 and underwent a full refurbishment and opened in April 1981 as Out of Town, the first food venue outside of the city centre. A café serving snacks, coffee, cakes and some pasta dishes. It wasn’t long before customers started requesting pizza which soon followed. At the time when applying for an alcohol licence Remo was asked “why do you want to open a restaurant there?” and told “it’ll never work!”

In 1984 the shop front was given a face lift, still in place at Punto, with arched windows and stained glass. In addition the style of dining changed to favour a fine dine experience, keeping the Italian influence of course. 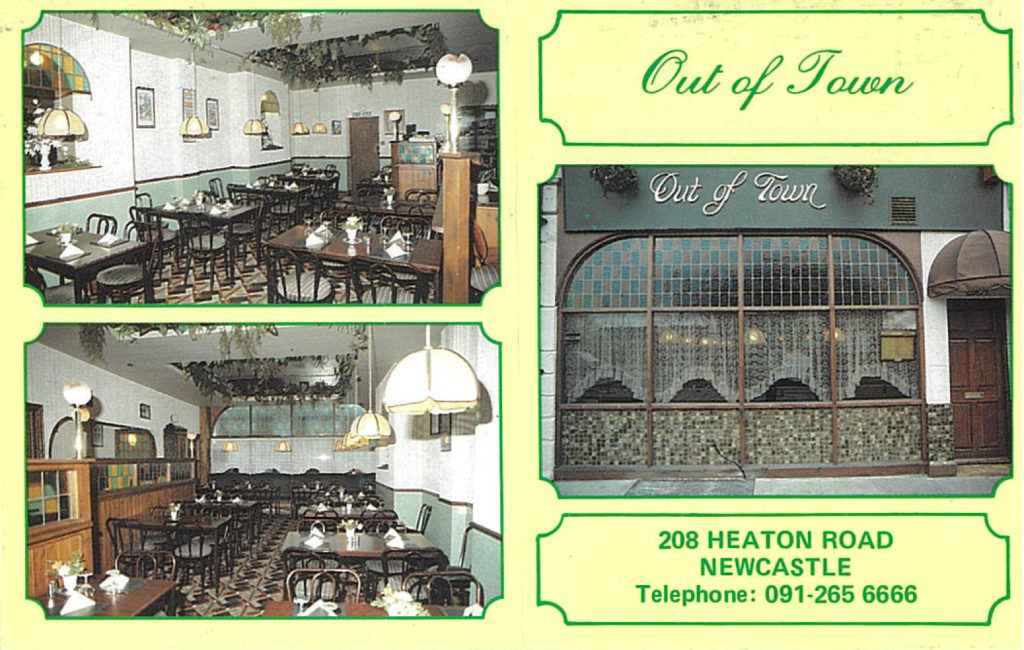 In the early 90s Out of Town was expanded into 210 Heaton Road, adding additional seating and improving accessibility and even a delicatessen called ‘Reginella’. During this time live music nights were a frequent feature with a grand piano taking pride of place in the venue played by none other than local legend Johnny Taws; accompanied regularly by a very young Damiano (one of the Directors of Punto Italian Kitchen) on double bass. Another frequent event was the bi-monthly wine tastings seeing French and Italian wines going head to head with Damiano representing Italia and Pierre Lacroix, who still supplies wines to Punto Italian Kitchen today, representing France. 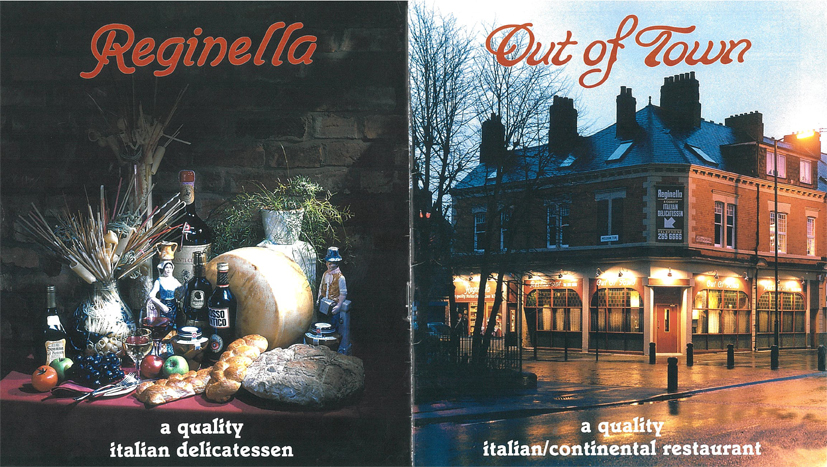 Out of Town & Reginella Delicatessen C.1994

Trends changed through the 90s and the love of fine dine cuisine waned with more venues offering a more casual experience. In response to this Out of Town underwent a complete rebranding taking on the theme of the Venetian ‘Carnevale’ under the name Arlecchino in 1997.

Arlecchino featured numerous murals of characters from the Commedia dell’arte including Arlecchino (the harlequin) himself, his mistress Colombina, sidekick Brighella and also featured enormous range of masks gifted by patrons over the following 7 years of trading. Live music and wine tastings continued to be popular events right into the early 2000s. 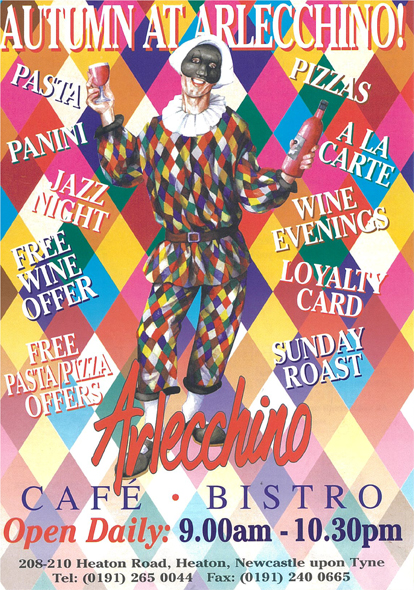 In 2005 retirement called and the decision was made to lease the venue to a new operator and although Arlecchino continued in name for a brief period it was eventually rebranded once more as La Vita and subsequently Rustico, who traded until 2020 when the Coronavirus pandemic caused a number of hospitality businesses to cease trading.

After 15 years out of the hospitality industry Damiano Rea & I  have returned the Rea family name with a new plan for a modern Italian kitchen; the antithesis of the Italian trattoria that has been common in many cities since the 1980s. Offering modern and classic dishes in a warm, bright and friendly atmosphere Punto Italian Kitchen is ready to help renovate Newcastle’s idea of what makes great Italian food.

We’re proud to continue this tradition, continue the Rea family legacy and hope Punto Italian Kitchen will be a part of Heaton for many years to come.

Punto is a modern Italian kitchen specialising in authentic, high quality, delicious sourdough pizza and fresh pasta, made in-house with expertly sourced ingredients by our team of chefs, pastai and pizzaioli. It is fast becoming considered one of the best restaurants in Newcastle for Italian food and Sunday Lunch.

A ‘Saucy’ History of Italy

Italy, as we know it now, is a very young country. It was unified in...

We are not in the 90s anymore – This is Modern Hospitality!

Punto Italian Kitchen is fast becoming considered one of the best restaurants in Newcastle for...

1. To purchase a Punto Italian Kitchen gift card please visit us at 210 Heaton...